Open to the public

UNO | School of The Arts
University of Nebraska Omaha
The RiverFront

Join us for a lecture with Dr. Marin R. Sullivan and the University of Nebraska Omaha-School of the Arts, discussing the value of public sculpture in Omaha.

With large-scale urban revitalization projects, high-profile commissions by contemporary artists, and a nationwide reckoning with the role of monuments, the public sculpture has become increasingly prevalent in civic spaces and discourse. On the occasion of the installation of sculptor Richard Hunt’s Planar and Tubular as part of the newly reopened Gene Leahy Mall and the related exhibition Richard Hunt: MONUMENTAL, currently on view at KANEKO, this talk will examine the recent history of public sculpture in the United States, the role Hunt has played in this history, and what value it holds today.

Sullivan’s lecture will take place in KANEKO’s Bow Truss, where guests will have access to the Richard Hunt: MONUMENTAL exhibition featuring approximately fifty metal sculptures exploring monumentality across Hunt’s long career. This most recent exhibit of Hunt’s work, situated in 8,000 sqft of gallery space, includes many sculptures that have not been exhibited in decades or have never been exhibited publicly. 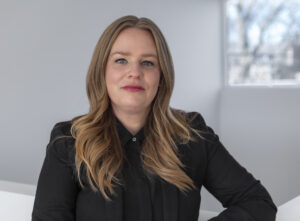 Dr. Marin R. Sullivan is the curator of Richard Hunt: MONUMENTAL at KANEKO, Director of the Harry Bertoia Catalogue Raisonné and was the co-curator of Harry Bertoia: Sculpting Mid-Century Modern Life, organized by the Nasher Sculpture Center. Sullivan currently serves on the International Sculpture Center Board of Trustees, and as lecturer and guest curator at DePaul University.

Sullivan is a Chicago-based art historian, curator, consultant, and educator. She specializes in the histories of modern and contemporary sculpture, especially its interdisciplinary, intermedial dialogues with photography, design, and the built environment. She is the author of Sculptural Materiality in the Age of Conceptualism (Routledge, 2017) and Alloys: American Sculpture and Architecture at Midcentury (Princeton University Press, 2022), which was supported by fellowships from the Smithsonian American Art Museum and the Crystal Bridges Museum of American Art. She has published numerous essays for exhibition catalogues and edited volumes, and articles in publications including American Art, Art History, History of Photography, the Journal of Curatorial Studies, and Sculpture Journal. She was previously Assistant Professor of Art History at Keene State College in New Hampshire and a Henry Moore Post-Doctoral Research Fellow at the University of Leeds. Learn More

Richard Hunt: MONUMENTAL will be on view at KANEKO through February 5th, 2023. The timing coincides with the celebration of Hunt’s work in Omaha, which began in July 2022, when one of his large-scale sculptures was installed downtown as part of The Riverfront Revitalization Project and the Gene Leahy Mall. Richard Hunt: MONUMENTAL will also be accompanied by a richly illustrated Richard Hunt MONUMENTAL Catalogue, including an essay by Sullivan and published by KANEKO, which will feature new perspectives on the monumental legacy of Richard Hunt and further explore the themes of the exhibition. 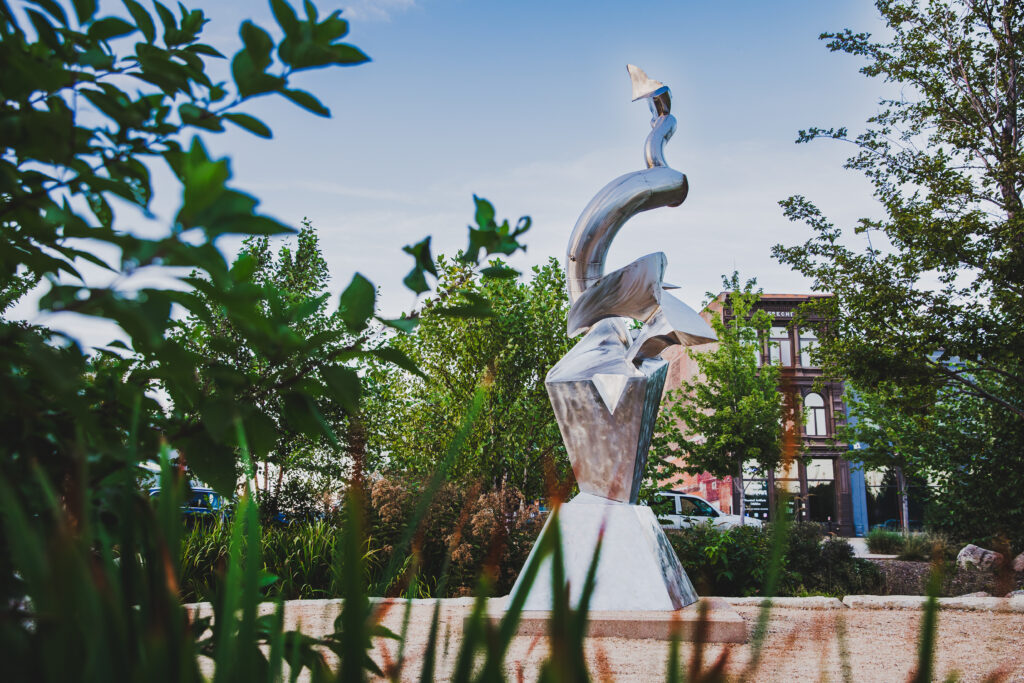 Born in Chicago in 1935, world-renowned sculptor Richard Hunt has singularly made the largest contribution to public art in the United States; over 150 public sculpture commissions grace prominent locations in 24 states and Washington, D.C. Hunt has held over 150 solo exhibitions and is represented in more than 100 public museums across the globe, from California to Maine, Detroit to Birmingham, and Vienna to Jerusalem.

This Art Talk will also be available to Live Stream with Zoom. Please register for Zoom Live Stream Tickets to attend virtually. The Zoom Link will be shared in the registration confirmation email.

UNO | School of The Arts
University of Nebraska Omaha
The RiverFront