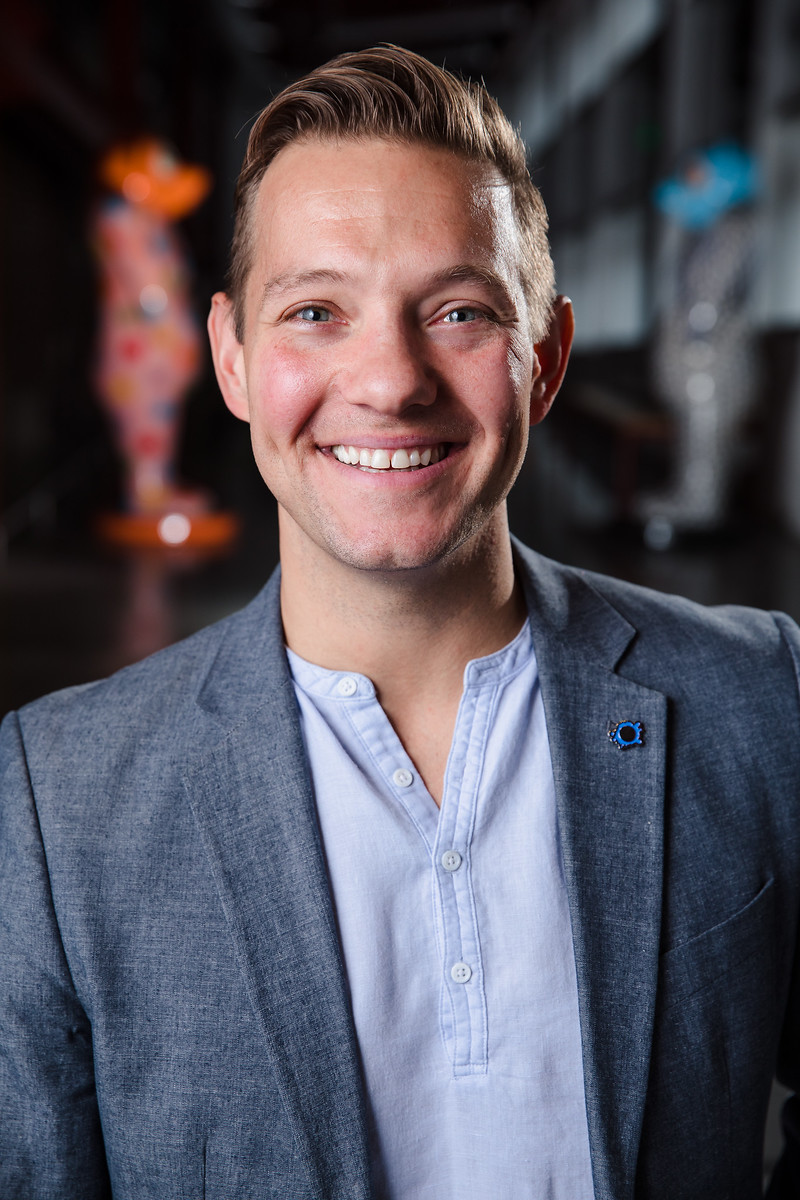 Stephan Grot’s roots are deep within the KANEKO community. Within the span of a few weeks, he received his BFA in Graphic Design from Creighton University, met his would-be wife, and connected with renowned artists, Ree and Jun Kaneko. In that short time, much of the way had been paved to bring him to his current role as Executive Director of KANEKO.

With a background in fine art, graphic design, and technology development, Grot has worked closely with the Kaneko family for most of his career to organize, manage, and promote Jun Kaneko’s body of work. Right out of college, Grot took a position as a digital assistant at Jun Kaneko Studio where among other things he built the artist’s website, generated the digital archive of Kaneko’s works and travels, and assisted in the design of Kaneko’s three major opera projects as well as many public art installations around the world. It was during that period that he helped coordinate the renovation of three large warehouses across from the studio that collectively are now known as KANEKO. Even before its doors opened to the public, Grot had been a part of KANEKO’s many unique experiences and creative performances, which were the foundational events for its programming and fundraising practices.

In 2012, Grot left Jun Kaneko Studio to begin running his own graphic design and marketing business called Maker.  He also taught as an adjunct professor at the University of Nebraska at Omaha. He continued with teaching and running his business for three years when he was approached with an opportunity to be the User Experience leader for a digital software team at Client Resources Inc. in Omaha NE. After two years, the President of CRi co-founded with Grot a startup company called From Now On, which made custom mobile applications for College and University athletic departments and sports teams. Within three years, From Now On became one of the market’s leading companies under Grot’s product leadership.

For the seven years he had been working elsewhere, Grot found many opportunities to work closely with Ree, Jun and the KANEKO organization, mostly in the way of designing and coordinating public art proposals. In late 2018 Grot was approached to be KANEKO’s next Executive Director, which was an offer he could not refuse, and in January of 2019 started officially in his current role.

Grot is married to Omaha native, Morgan Meisinger. Together they have three children, Jones, Adeline, and Calvin. Along with spending time with his family, Grot enjoys throwing parties, bike riding, finishing construction projects on his home, and partaking in artistic endeavors of all types.