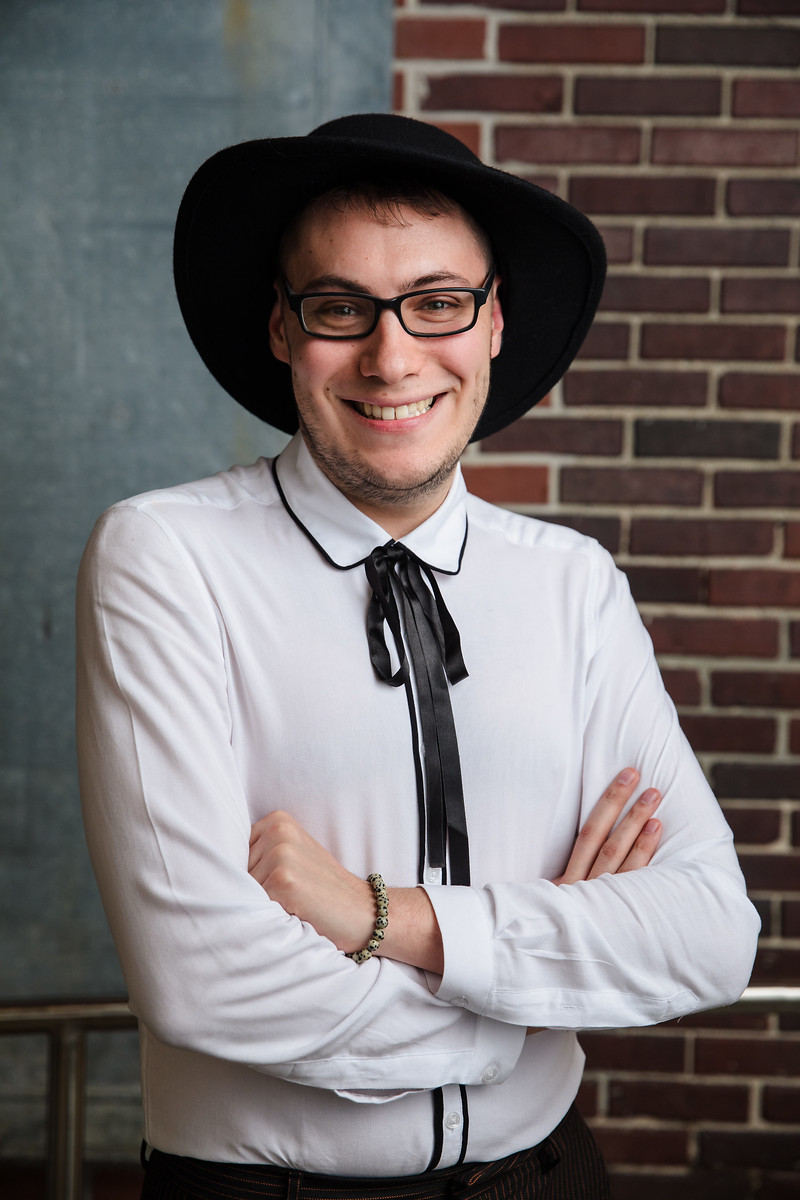 Growing up watching Turner Classic Movies and listening to Ella Fitzgerald albums, Samuel Bertino was drawn to film, art, and jazz at an early age. Though originally a trumpet player, his interest in clarinet was sparked by hearing the opening clarinet solo to Rhapsody in Blue when he was a teenager. That summer, he picked up a clarinet and never looked back.

During his clarinet studies, Samuel performed abroad in France and Switzerland. He took masterclasses with clarinetists Wesley Ferreira, Eric Mandat, and Frank Kowalsky and flutist Christopher Lee. After winning the Heartland Philharmonic Orchestra Concerto and Aria Competition, Samuel made his concerto debut in the winter of 2015 with the 2nd Weber Clarinet Concerto in E-Flat

Today, Samuel performs contemporary music regularly, adding monumental composers such as Iannis Xenakis, Luciano Berio, Karlheinz Stockhausen, Julia Wolfe, and Sir Peter Maxwell Davies to his repertoire. In July of 2016, he was a featured soloist on the Omaha Under the Radar Festival and performed a world premiere piece for solo clarinet by Australian composer Anthony Zatorski. Recently, Samuel made his stage debut as Mayer Balsam in Paula Vogel’s Indecent at the Bluebarn Theatre, which received awards at the Omaha Theatre Arts Guild Awards (Outstanding Drama) and the Omaha Entertainment & Arts Awards (Outstanding Drama, Outstanding Music Direction). He has also had the privilege to perform for Pulitzer Prize-winning author and New York Times best seller, Jennifer Egan.

Samuel graduated magna cum laude with his Bachelor of Music Performance degree in May of 2016 from University of Nebraska at Omaha where he studied clarinet under Mrs. Cynthia Nichols. He is passionate about the arts and accessibility, and advocates for living, underrepresented, and LGBTQIA2S+ artists and creators in the Omaha Arts community and beyond. He was most recently celebrated with the Nebraska Arts Council Behind the Scenes award for his work both in the offices and on the stages of Omaha. In his free time, Samuel enjoys reading biographies, caring for his houseplants, spending time with friends at la Buvette, and continues listening to Ella Fitzgerald.