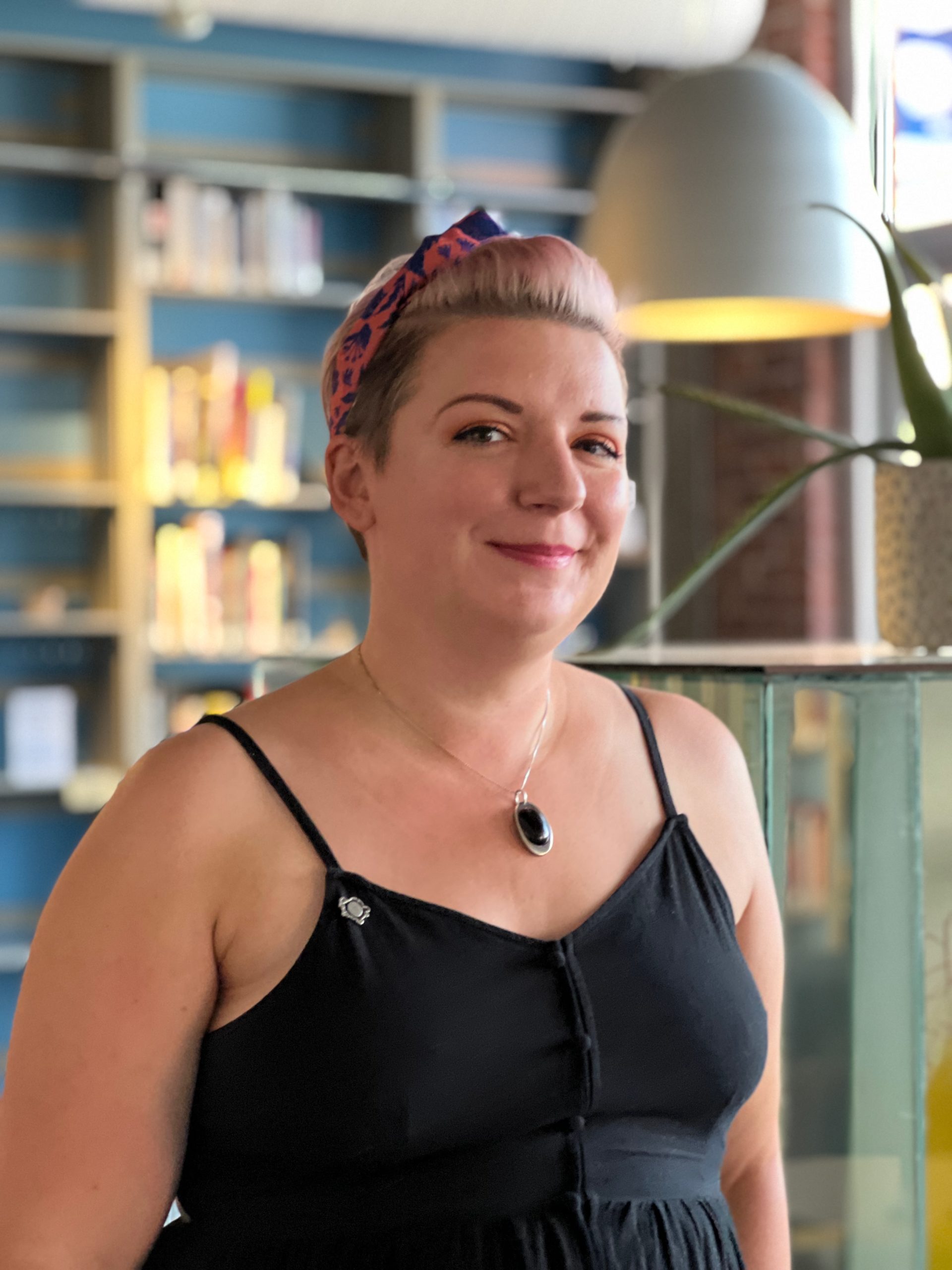 JoAnn was raised in a small town in Iowa, the youngest of 6 children. Never lacking in imagination, she explored drawing, poetry, photography and music as creative outlets. This eventually led her to a degree in mass communications from IWCC, and a seat in the booth as co-host of Planet O, on 89.7 The River, featuring the metro area’s best local music talent.

JoAnn began working for Panera while in college and eventually worked her way up to management and later became the catering coordinator at the Saddle Creek location. She also began to dabble in bartending at O’leaver’s Pub at this time, slinging drinks for the local hipsters out to take in a loud rock show. She eventually left Panera after getting hired at M’s Pub in Omaha’s Old Market. She loved the fast paced environment at M’s, as well as all the colorful patrons and staff. She worked as a manager, server, and bartender at M’s for close to 14 years before finding her way to KANEKO.

After several years in hospitality management and the service industry, she relishes the opportunity to blend her appreciation for the arts with her operations experience, especially as part of an organization that celebrates creativity and individuality in so many forms.

When she’s not at work, JoAnn and her husband Chris love to hitch up their camper and hit the lake with their two young daughters, Ruby and Charlotte. They also love hosting get-togethers at their home and swimming at the neighborhood pool.

JoAnn also enjoys watching a good true crime show, listening to records, enjoying a nice glass of red wine, baking, snuggling with her dogs Dragon and Bruno, and playing word games of any kind, especially Scrabble. She dreams of competing and absolutely dominating on Wheel of Fortune, and hopes to travel to Portugal sometime in the near-ish future.

For more information about coordinating events at KANEKO, contact JoAnn.